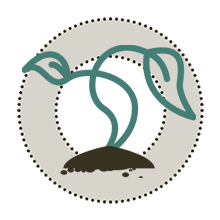 In organic agriculture, the plant and animal production should be planned together and a closed system should be developed in enterprise as far as possible.

“In organic agriculture, generally a part of the production in agricultural areas is formed by graminae and the other part is formed by legumes and the nitrogen fixation is provided. On the other hand the animal manures and herbal wastes are regained to the soil in order to increase soil fertility. Thereby, the agriculture richness sustainability is provided for plant production.

Gökçeada has a closed ecosystem within itself which is far from environmental effects. For this reason, it is more suitable for organic agricultural production and animal breeding in comparison to other regions.

Gökçeada has typical Mediterranean climate and it is one of the richest island in terms of freshwater bodies. With this feature, it has the self-sufficient potential for both agricultural and utility water.

Elta-Ada farm cultivates 90% of the feed need by itself. In addition to the 400 decares of alfalfa in cultivated area, it cultivates 700 decares of vetch and 700 decares of corn in every year. Also, triticale, barley and oats are also grown for concentrate feed. With rotation of crop systems, the soil fertility is protected and the productivity is increased by using animal manure obtained from the organic production seasonally. Besides, it is benefited from 1200 decares of olive groves as a pastureland throughout the year, for pasturage of calves, heifers and sheep and goats. 2/3 of the planted corn is used for silage production and the rest is used for grain production in every year. Vetch and corn are grown successively and two products are produced in the same year.

“When examined in terms of environmental and socio-economic sustainability, it is important to develop models, suitable with local conditions, based on knowledge.” Elta-Ada gains favour such as raw material and finished production which are created in its own scope, cultivation, package, logistics and sales chain, family management, domestic production and branding, protection of rural and urban environment, reaching the consumers with short chains, income growth in rural areas and labour creation.