The Animal Welfare is at the forefront in Organic Livestock Farming. The generality of diseases are caused by not providing animal welfare. For this reason, it is necessary to have the environments with large navigation areas, as well as hygienic and suitable for animal comfort indoor areas. 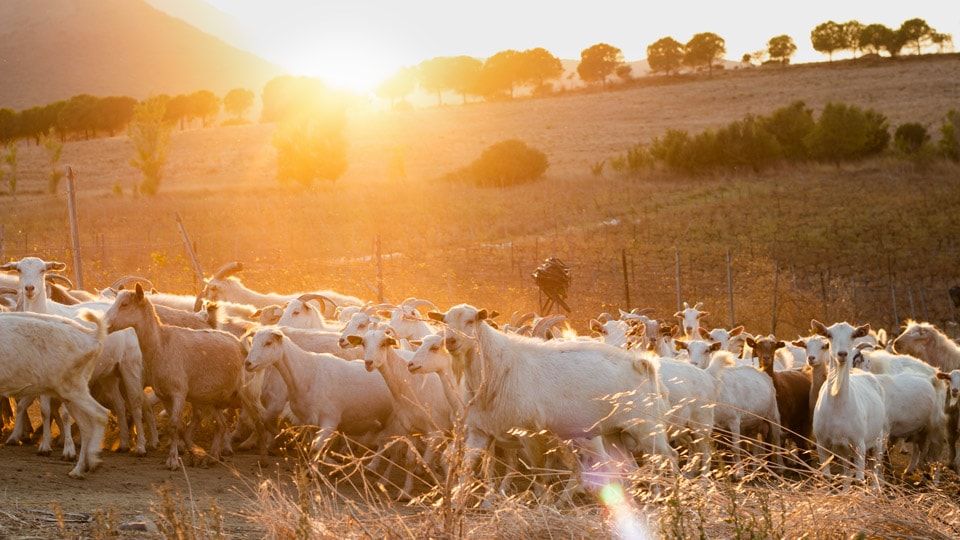 The quality and quantity of water and feeds and the manner of their delivery are very important in organic animal feeding. Water quality, quantity, manner of delivery: Animals’ drinking water should be at the same quality as people’s drinking water; in particular, the content of the nitrate should be considered. It should be allowed animals to drink water as much as they can and when they want. Generally, air, water and feed quality significantly influence the animal health.

The adaptation of animals to local conditions, power of endurance, disease resistance and promotion of biodiversity should be considered for the selection of species in organic animal production.

The organic livestock should be got open areas for grazing when the weather conditions are suitable and these areas should be prepared for certain time periods.

An average of 6 decares of cultivable land per animal is needed for organic cattle-raising. Besides, there is almost no organic roughage and concentrate feed trade in Turkey. In such a case it is obliged to produce almost all of the feed within the enterprise.

Elta-Ada Farm has 3,000 decares of land of which 1200 decares has olive trees and this area is also used as pasture. In field agriculture; predominantly alfalfa, vetch, silage, corn, barley, wheat and oat forage plants are grown organically, the rough and concentrated feed needs of the animals are met. We also breed sheep and goat in our farm.

In organic animal feeding, new-born calves are given mother’s colostrum for 3 days in order to strengthen their immune system and are fed with 5 kg of milk daily during 90 days. For this purpose, we have good quality organic dry herbs and organic concentrated feed from the 2nd week in order that the young animals to get used to the feed. Milk feeding period is at least 3 months for calves and 2 months for lambs and kids.

The male calves come to slaughter at 20-22 months. They continuously pasture in suitable weather conditions and fed by dry grass, silage and grain feed. There is no problem about fats because the natural development of animals is not intervened.

Our milking system in livestock farming is fully automated (2×12 pieces); our cows are fully milked in hygienic conditions without hand touch. 24 animals are taken in the milking house together. The milkers clean the nipples of the animals first of all and milk two three drops of clotted milk at the udder and throw out, and clean them with warm water and a wet cloth. The milking heads are attached to the udders and the milking begins. Milking time is 5-8 minutes. Milked milk is transferred to the cooling tank without waiting with a closed system. 37-38 degrees of milk taken from the udder is reduced to 4 degrees in the cooling tank. In this way, the bacteria that will be produced in the hot milk are prevented and the quality of the milk is maintained. After milking, the system automatically washes and rinses itself three times. Washing takes 2.5 hours.

The other standard approved by our Ministry in our farm is “EU Approved Dairy Farm” certificate. Raw milk samples are regularly analysed every month in the Provincial Directorate Laboratory and somatic cell counts are checked and milk production in EU standards is registered.